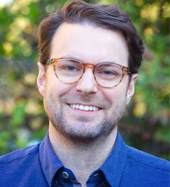 David J. Turner is an ACE Eddie-nominated film editor, a Cinema Audio Society-winning sound mixer, and a 23 Telly Award-winning documentary director. From 2004 to 2008, he traveled around the world as a videographer based out of Minneapolis, helping raise over $3 million for crisis response domestically and internationally, and garnering 23 Telly Awards for his documentaries.

He went on to earn an MFA in Film Production from the USC School of Cinematic Arts in 2011, and discovered a passion for film editing and sound design that led him to teach sound re-recording mixing at the USC School of Cinematic Arts, picture editing at the Los Angeles Film Studies Center, and sound aesthetics workshops for the Taylor in LA program. In 2013, he worked as a sound editor and Foley mixer on Fruitvale Station – the directorial debut of Black Panther director Ryan Coogler.

He then embarked on a years-long journey as a film editor and sound mixer on the documentary Making Waves: The Art of Cinematic Sound. The film premiered in 2019 at the Cannes Film Festival, and David was nominated for an ACE Eddie award for his editing on the film, and won a Cinema Audio Society award for his sound mixing work.

More information about David’s work can be found at his website: davidjturn.com 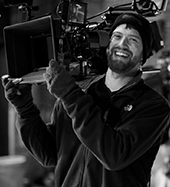 Tim Sutherland is an International Cinematographer’s Guild Cinematographer and Steadicam Operator.  After graduating from Taylor University in December of 2007, he moved to Los Angeles to pursue a career in film and television.

Tim worked as a Digital Intermediate Technician on the NBC legal drama “Harry’s Law” starring Kathy Bates and on the medical drama “Monday Mornings” starring Alfred Molina. In 2013 he moved to Nashville, TN to work on the ABC show, “Nashville” from 2013-2018 as a Digital Imaging Technician, Camera Operator and Steadicam Operator. Since 2018, he has worked a variety of TV movies. He currently lives in Nashville with his wife and two daughters.