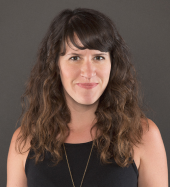 Heidi Burkey is a documentary producer and director committed to capturing unique and compelling stories that draw audiences beyond life’s closed door. Based in Los Angeles, California, Heidi brings over 8 years of experience documenting stories through written and visual storytelling. During her previous work with the nonprofit, Discover The Journey, she produced, directed and edited over 45 documentary shorts advocating for social change on behalf of children.

In 2010, she founded Counter Productions, whose first short film “Love Bites” immediately won the BIGSTAR Mockumentary Short Film Contest. Her first feature documentary, “Jedi Junior High,” an organically funny coming-of-age film about the theatric aspirations of middle schoolers producing a musical version of “Star Wars.” “Jedi Junior High” was distributed on Digital HD and On Demand by Mar Vista Entertainment in November 2015. She is currently in production for her second feature, “Bell’s Angels.” The untold story of Coach Franke Ann Bell, a woman who defied all odds to become one of the most famous coaches in swimming that you’ve never heard of. 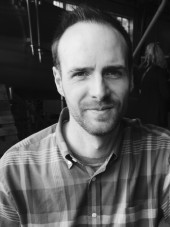 Jonathan Bennett has worked as a freelance Camera assistant and Filmmaker for 9 years. After graduating from Taylor he received an MFA in film directing from The Florida State University school of Motion Picture Arts. He then moved to Los Angeles where he started working in the Camera department on NBC’s Harry’s Law starring Kathy Bates.

Jonathan has been a member of the International Cinematographers guild for 4 years . His credits include the newest Film by Ang Lee, Billy Lynn’s Long Halftime Walk as well as the highly anticipated Passengers, starring Jennifer Lawrence and Chris Pratt. He has also worked on The Duff, Identity Thief, Powers, Rectify, and The Vampire Diaries. He has recently partnered with an independent production company in Atlanta, Georgia to produce and direct cinema style wedding films. Jonathan is passionate about filmmaking and says he is thrilled to be coming back to Taylor University, his alma mater. See Jonathan’s credits at http://www.imdb.com/name/nm2776474/ 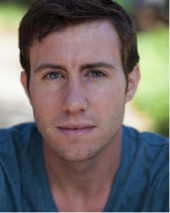 Jason Burkey is a Taylor University graduate and award-winning actor who has starred in multiple feature films, but is probably best known for his breakout performance alongside John Schneider in the 2012 box office success, October Baby. Variety magazine gave Jason’s performance praise, saying that he “hit all the right notes”. Other feature film credits include Moms’ Night Out, Woodlawn, Coffee Shop, and Chloe for which he won Best Supporting Actor at the L.A. Movie Awards.

You can also catch Jason on television in recurring roles for VH1’s scripted series, Hindsight, as well as in the hit BET show, Being Mary Jane. In addition, he has had co-starring roles in USA’s drama, Complications, and a pilot for CBS entitled The Surgeon General. For more information on Jason, see his website at www.jasonburkey.net or find him on IMDB.

Christina Lee Storm, award-winning international producer, was scheduled to appear at the festival, but she very recently accepted a senior level executive position at Dreamworks Animation. She will appear by Skype this year and join us in person at a future Envision festival.

Christina Lee Storm is an international independent producer who has collaborated with filmmakers from around the world. Her most recent producing credits include To Save A Life, The Least of These, and Flesh: Bought & Sold in the U.S., a documentary about the widely overlooked yet widespread practice of human trafficking in the United States. Christina was Production Supervisor for the highly acclaimed, 2012 Oscar-winning film The Artist. She was Manager of Digital Production at Rhythm & Hues Studios (R&H), which recently won the Oscar for Best Visual Effects for their ground-breaking visual effects work on Life of Pi. While at R&H in digital production management, Christina also worked on over a dozen films including The Lion, The Witch, and The Wardrobe, Happy Feet, and most recently Hunger Games, Snow White and the Huntsman, and Percy Jackson: Sea of Monsters. Her latest producing project is a documentary about Rhythm & Hues which explores the factors that led to the company’s bankruptcy, ironically at the very time it was receiving accolades and awards for its work on Life of Pi and Snow White and the Huntsman.

Christina has most recently been the Executive Director of Act One, Inc. providing leadership and vision for the 15 year innovative, faith-based training and incubator for writers and producers in film, television, and digital media.