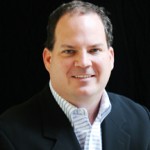 Micheal Flaherty is the president and co-founder of Walden Media. Walden’s mission is to rekindle curiosity and recapture imagination through the development and production of family films and literature. Walden has financed and produced a number of films, such as The Lion, The Witch and The Wardrobe, Prince Caspian, Charlotte’s Web, Bridge to Terabithia, Holes, Because of Winn-Dixie, and Journey to the Center of the Earth 3D. Through its publishing division, Walden has also co-published a number of award-winning books, including Mike Lupica’s Comeback Kids series and the New York Times bestseller and Newbery honor winner Savvy by first-time author Ingrid Law.

As part of its mission, Walden creates innovative educational programs, lesson plans and events. Several hundred thousand students have participated in these events, including an international effort to read Charlotte’s Web aloud and to collect toys for Toys for Tots, both of which resulted in the breaking of world records. Walden has also hosted an interactive writing workshop with Louis Sachar and a national robotics competition with James Cameron.

Flaherty is also on the board of Rachel’s Challenge, a program created in memory of Rachel Scott, the first victim of the Columbine shootings. He is also a member of the Global Advisory Council of Vision360, an organization dedicated to supporting and founding churches across the country.

Flaherty lives in Lexington, Mass. with his wife Kelly, his son Christian, his daughters Eileen and Reagan, and his dog Jumbo.

Growing up in Indianapolis, Greg always wanted to host a nature show about large predators. A Taylor University student who studied zoology in college, Greg began making short films with his friends on the side. He soon realized that making movies was his true calling. Armed with his biology degree, Greg headed out to California to take his chances amongst the wolves of Hollywood. Through the Los Angeles Film Studies Center, he landed an internship with legendary writer/producer/director Garry Marshall.  The internship led to full-time work as Garry’s assistant on the film, GEORGIA RULE. After the film, Greg was promoted to Director of Development and Casting, where he has written several scripts and produced multiple projects with Garry. Greg’s continued to work on his own side projects as writer/producer while with Garry. His short films, GRANDE DRIP and KNIGHT TO D7, have gone to over 20 film festivals, garnered multiple awards, and received several distribution deals. More recently, Greg has helped bring about the star-studded box-office hit, VALENTINE’S DAY, and New Line’s upcoming ensemble rom-com, NEW YEAR’S EVE.  Greg’s goal is to produce movies that will leave people better off than when they walked into the theater: to make them think, to make them feel, and ultimately to inspire them to make their world a better place.

Originally from Lake Charles, Louisiana, Emily’s dreams of working in Hollywood seemed lofty to everyone but her. Emily graduated top of her class from Texas Christian University with a degree in film production and theatre. While at TCU, Emily landed summer internships in Los Angeles at Davis Entertainment and NBC, as well as produced a number of short films, including a documentary that won a regional Emmy Award.

Since moving to LA, Emily has worked at both 20th Century Fox Television and ABC Entertainment in comedy development.  Emily has also worked in film as a feature film coordinator for Fox Studios, followed by positions as Assistant VFX Coordinator on the summer blockbuster X-MEN ORIGINS: WOLVERINE and script coordinator for the romantic comedies, VALENTINE’S DAY and NEW YEAR’S EVE.  Outside of the studio world, Emily has produced two award-winning short films (GRANDE DRIP and KNIGHT TO D7) alongside her husband, Greg.  Emily continues to write, produce, and direct and also dabbles in the world of sketch comedy as a performer.