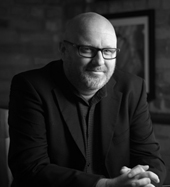 Mike Edwards is the founder of The 5 Stones Group and is an 11-time Emmy Award-winning director and cinematographer. Mike’s background in production was inspired by a hobby of taking  photos with a camera he received from his parents while in 6th grade. Mike’s passion for storytelling and the team atmosphere he creates has been one of the hallmarks of his career as he worked with many of the world’s most respected brands. Mike is also the Director of the Emmy award-winning PBS documentary “Searching for Augusta.” Mike, his wife Tiffany and their three children reside in Gahanna, Ohio. 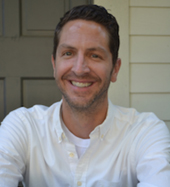 Josh Larsen is the co-host of the radio show and podcast Filmspotting, author of Movies Are Prayers, and editor and film critic at Think Christian, a website exploring faith and pop culture. He’s been writing and speaking about movies professionally for more than two decades.

Josh’s career began in the newspaper business, where he started out as a beat reporter for a weekly community newspaper and went on to become the film critic for the Chicago-based Sun-Times Media for more than 10 years. In 2011, he joined the Christian media landscape as editor of Think Christian, and in 2012 he joined the long-running weekly podcast Filmspotting, aired on WBEZ in Chicago.

A veteran of the Sundance, Toronto, and Chicago International Film Festivals, Josh has given talks on film at various colleges and conferences. He has also led “Ebert Interruptus,” a tradition established by Roger Ebert, which analyzes a single film scene by scene over several days at the University of Colorado’s Conference on World Affairs.

Josh lives in the Chicago area with his wife and two daughters. 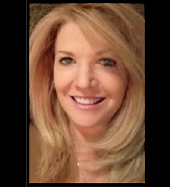 Debra K. Oyer is a Production Supervisor in the entertainment industry and a well‐recognized name in the film community, having worked on feature films and television production for over 25 years.

Debra attended Taylor University for two years then continued her education at Oral Roberts University. After completing her education, Debra worked at a small independent film company in San Antonio, Texas, prior to joining Joe Sedelmaier Productions to coordinate numerous TV commercials. Debra subsequently moved to Chicago, IL to continue working in TV production which segued into feature films. “Adventures in Babysitting” was Debra’s debut into feature films as a production coordinator.

In 2014 Debra joined the NBC Universal hit television series, “Chicago PD”, created by Dick Wolf of Wolf Films. The series is a police drama about the men and women of the Chicago Police Department’s elite Intelligence Unit, which recently completed filming the 100th episode. Debra is the Production Supervisor on “Chicago PD”, now in its fifth season.

Joel Hammers was born in France and moved to the United States with his family at an early age.  Joel graduated from the Dayton School of Photography and has been a professional DP, Gaffer and Still Photographer all of his career.  Joe’s wealth of knowledge in the art and science of lighting and cinematography is world-class. He partners with Mike Edwards regularly on projects and is a member of The 5 Stones Group team.