Taylor University began hosting a film festival in 1998, when philosophy major Vinnie Manganello wanted a venue for screening the entertaining videos people were making in the dorms. The festival was a hit, and grew to become a fun, mock Academy Awards-type event hosted by the Student Activities Council, complete with red carpet and limo rides for the directors. 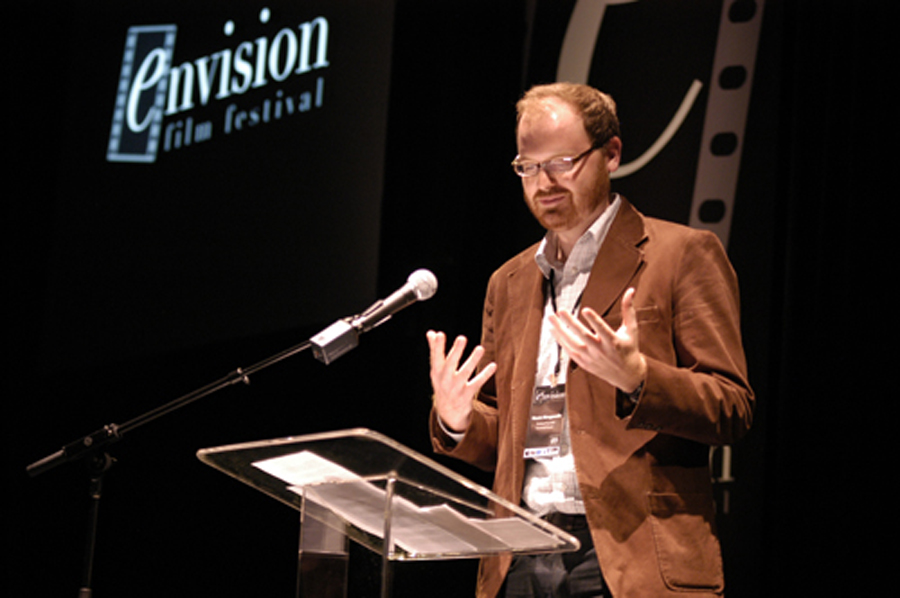 In 2005, the two students who won the Trojan Film Festival also won a Jimmy Stewart Memorial Crystal Heart Award at the Heartland Film Festival in Indianapolis, signaling a new level of sophistication in Taylor filmmaking.

Later that year, professors John and Kathy Bruner came to Taylor and developed the program in a film and storytelling direction, eventually taking the film festival under the wing of the program, renaming it the Envision Film Festival in 2008 and bringing back Taylor graduate & Sundance winner Michelle Steffes and founder Vinnie Manganello to celebrate its tenth year. The event moved to the Mitchell Auditorium and solicited a variety of sponsors including Apple, Sony and AVID.

A high school category was added to the festival in 2010.

For more information about Film and Media Production at Taylor, visit www.taylorfilmandmedia.com